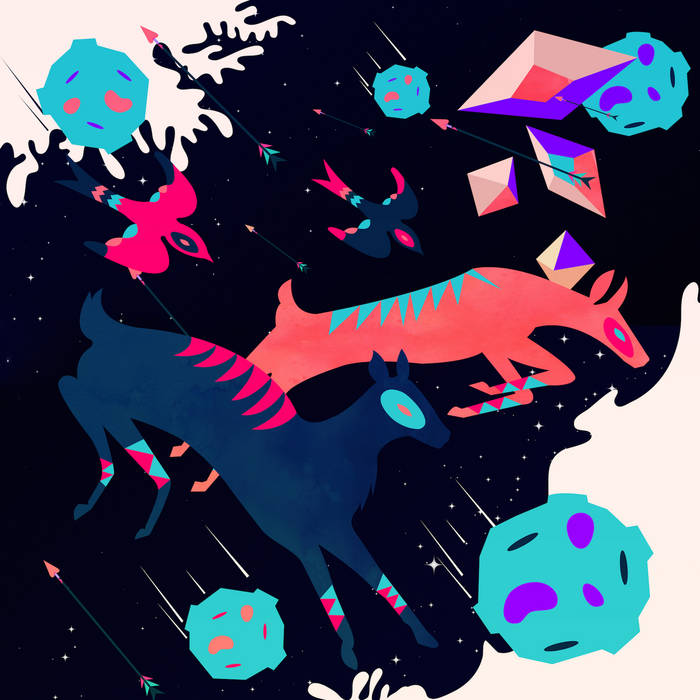 A year ago Kindata entered the studio to work on their debut album. They pressed record and experienced a strange new feeling. The melodies they were trying out were finished by the time they learned to play them. The vocals contained words before writing a single word. Many hooks and arrangements took shape in unprecedented ways. Since that moment Kindata realized that they were merely the transmitters of this music that was floating around in a nearby dimension and it became their obsession to capture the beauty they could see and hear. And the final result is this album called We the Transmitter.

We the Transmitter is progressive rock from the 80s converted into electronic and experimental pop from 2018. Spiritual and dreamlike melodies combined with analogue synthesizers and electric guitars that sound as if they were alive. At some moment of the recording process Berni (Sevilla) and Tero (Helsinki) realized they were at last writing the kind of music they had always dreamed of making. And they are very proud to present these songs to the world.

Kindata was born in January 2017. Their debut EP Divine Service convinced both critics and listeners alike. Rumba, Finland's leading music magazine, considered it to be one of the best electronic music releases of 2017. Their songs have been played on Spanish Radio 3 and Radio Helsinki and Bassoradio from Finland, as well as on various podcasts. They have performed mostly around Southern Spain and with the release of We the Transmitter they are going to head north.

Bandcamp Daily  your guide to the world of Bandcamp

Cannibal Corpse's George "Corpsegrinder" Fisher stops by for an interview